The iconic brand was founded on the mottos – Love All-Serve All, Take Time To Be Kind, Save The Planet, and All Is One, and continues to embrace these mottos every day.

Since opening the doors of the first Hard Rock Cafe in London in 1971, Hard Rock International has established itself as one of the most globally recognized companies in the world and has expanded across 68 countries.

Then in 2007, the perfect marriage occurred of two kindred spirits when the Seminole Tribe of Florida acquired the Hard Rock brand and is now poised to expand its horizon even further to all corners of the globe. 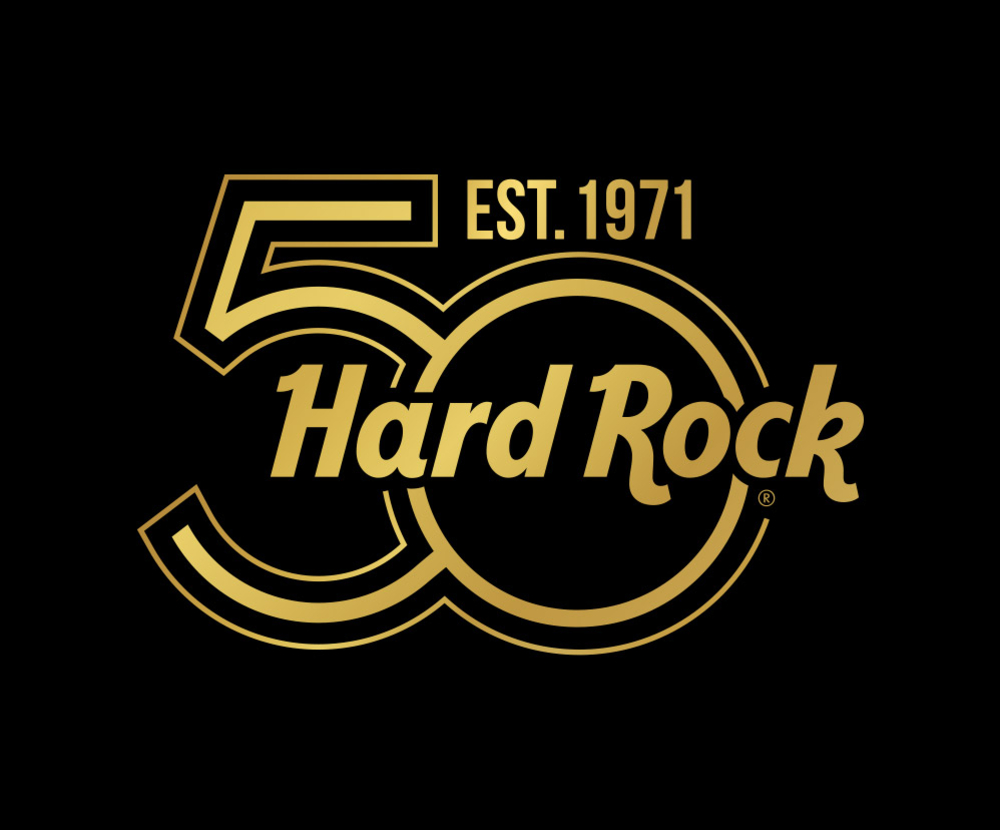 Before museums were opening showcases of music history, Hard Rock had been displaying artifacts for guests as a part of a collection that is now the largest in the world with over 86,000 pieces worldwide, and continuing to grow.

The collection features authentic and unique artifacts celebrating all genres of music, from John Lennon’s original hand-written song lyrics to “Imagine” to Madonna’s “Like a Virgin” wedding dress and most recently added pieces from contemporary artists such as Billie Eilish and Maluma. With state-of-the-art venues bringing to life the best in live entertainment, Hard Rock International has been the backdrop to thousands of award-winning performances all over the globe from concerts to comedy shows.

“We’re so excited to celebrate another year of Hard Rock history with all of our guests, employees and partners around the globe,” said Jim Allen, Hard Rock International’s Chairman and CEO of Seminole Gaming. “As we take the time to reflect on the last five decades of Hard Rock and our rich heritage with the Seminole Tribe of Florida, we’re also celebrating the bright future Hard Rock has in store. We appreciate all of those who have supported us in the last 50 years, and to all who will in the years to come.”

Within this 50-year milestone, Hard Rock has kept the celebrations going and was spotlighted as a feature cover story in Venues Now. They also received impressive awards including Forbes Best Employers, U.S. Best Managed Companies, World’s Best Awards Survey, Employer of Choice by Casino Gaming Executive Satisfaction Survey and Gold and Silver Badges from U.S. News & World Report 2022. Some of the year’s celebratory highlights already include:

Hard Rock Cafe announced a global partnership with soccer superstar Lionel Messi who created a signature “Messi burger” limited menu item along with a commemorative Rock Shop collection release, which will extend throughout the summer.

From May 12 to July 1st  select Hard Rock Cafe locations kicked off its UNDISCOVERED sessions where 50 local bands will play 50 days of music in partnership with Playing for Change and the Playing For Change Foundation to inspire and connect the world through music.

Guests can still join the party: Here are ways to continue celebrations with Hard Rock:

Hard Rock is partnering with British Summertime Hyde Park to bring music lovers special activations and surprises including a Hard Rock Cafe pop up at BST where festival goers can enjoy menu offerings. In addition, to support the next generation of artists that may someday be headlining festivals, Hard Rock is sponsoring one of the two stages at the BST Hyde Park, Hard Rock Rising presents the Rainbow Stage, which will feature up-and-coming artists from around the world. On June 29th Hard Rock will “take over” and host local bands on the stage.

On June 14 to celebrate the conclusion of Hard Rock’s 50th anniversary year, participating Hard Rock Cafes across the globe are treating guests with classic Coca-Cola floats as it reminisces on its journey since it opened its doors in 1971. As a thank you to all of its loyal patrons throughout the years, guests can visit any Hard Rock Cafe to receive a complimentary Coke float with no minimum purchase required.

Hard Rock Hotel New York will celebrate Founder’s Day on June 14 by taking music and entertainment to new heights at RT60 Rooftop Bar and Lounge. All guests checking in on this special day will receive a celebratory glass of champagne and be invited to a live music series coined “Back To Music,” incorporating classic instruments through the decades and charting NY sounds from our founding era with the New York City skyline as the ultimate backdrop. Expect a night of classic and modern NY anthems in honor of our 50th Anniversary and founders day.

Old Park Lane Hard Rock Cafe will celebrate the anniversary by rolling back the prices to 1971 with 71 cent Legendary and Moving Mountain Burgers from 11 AM – 1 PM for in-cafe dining. The first 71 customers in the London Rock Shops with be granted a complimentary British Summer Time general admission ticket with any purchase. DJ spinning 70’s tunes, birthday cake cutting and birthday sing-along with Kat and Delia, two staff members who started back in the 70’s. Additionally London’s Harley Davidson Club Members celebrate with a Drive-by, motorcycles being parked outside the front door and Acoustic Live Music in the evening to honor the day.

Seminole Hard Rock Hotel & Casino Hollywood will host a 50th anniversary pool party event for invited guests and a Red Bull Air Force stunt over the Guitar Hotel. The property will then be unveiling of the new 50th anniversary Guitar Light Show on June 10 at 10 p.m. showcasing music throughout the decades. Additionally, they’ll host an invite-only casino gala.

Those looking to dine at Hard Rock Cafe and receive their complimentary coke float can find their local Cafe by visiting www.hardrockcafe.com/locations.aspx. To learn more about Hard Rock’s history visit https://www.hardrock.com/about-hard-rock.aspx.