U.K.- December 9 2019 www.zonadeazar.com There are several ways poker players can get their hands on a Platinum Pass, the passport to the PokerStars Players Championship 2020 that will take place in Barcelona, but winning the prize by overcoming the biggest field ever gathered in a poker tournament in Latin America must be one of the most exciting. 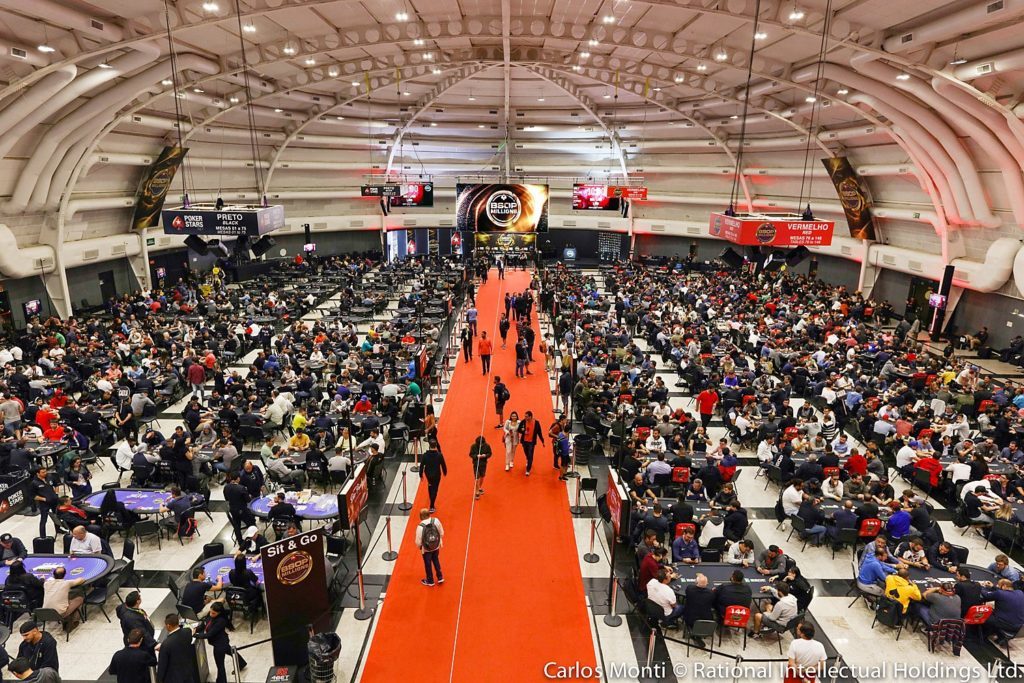 Akkari’s Road to PSPC had 4,142 entries spread over six initial flights, a record number in the history of the Brazilian Series of Poker. In a field dominated by Brazilians, victory went to 24-year-old Peruvian Sebastian Gaviño. Sebastian has been playing poker since 2014, after joining his friends in a poker club near his house and falling in love with the game. He started playing live and online tournaments and came to BSOP Millions with one goal: to win the Platinum Pass. 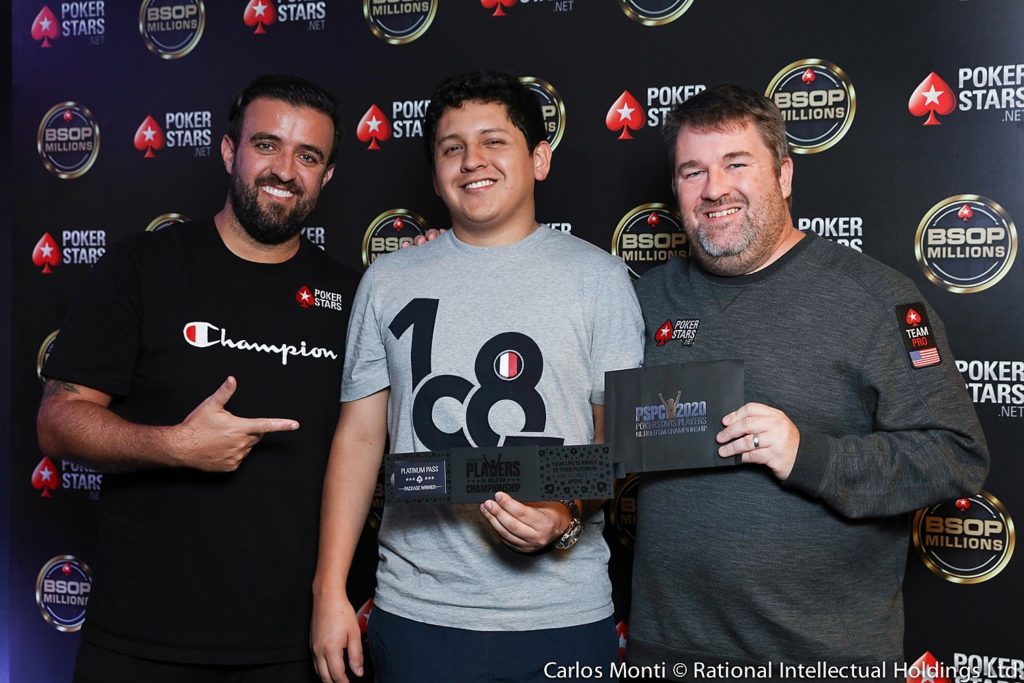 “I really wanted to get the passport to the PokerStars Players Championship in Barcelona. And thank God, my dream came true,” Sebastian said. “This victory was the best thing that happened in my life. So far I had not lived anything like it.” 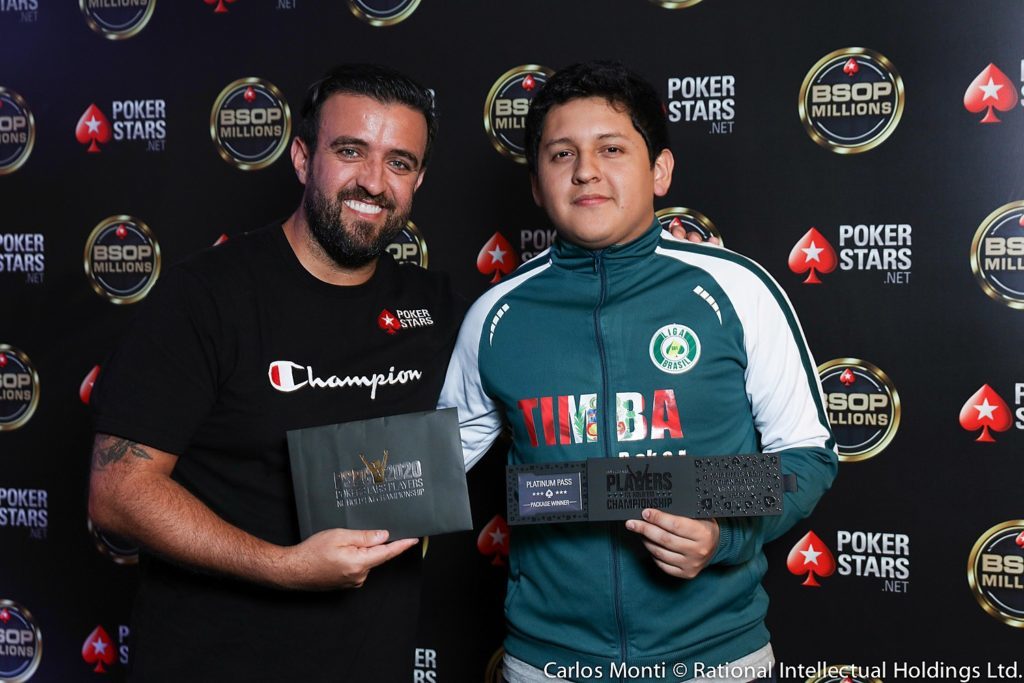 The path to the title at Akkari’s Road to PSPC was arduous and ended with a heads-up victory over Brazilian Gabriel Santos which was watched by a party of singing and cheering fans of both players. 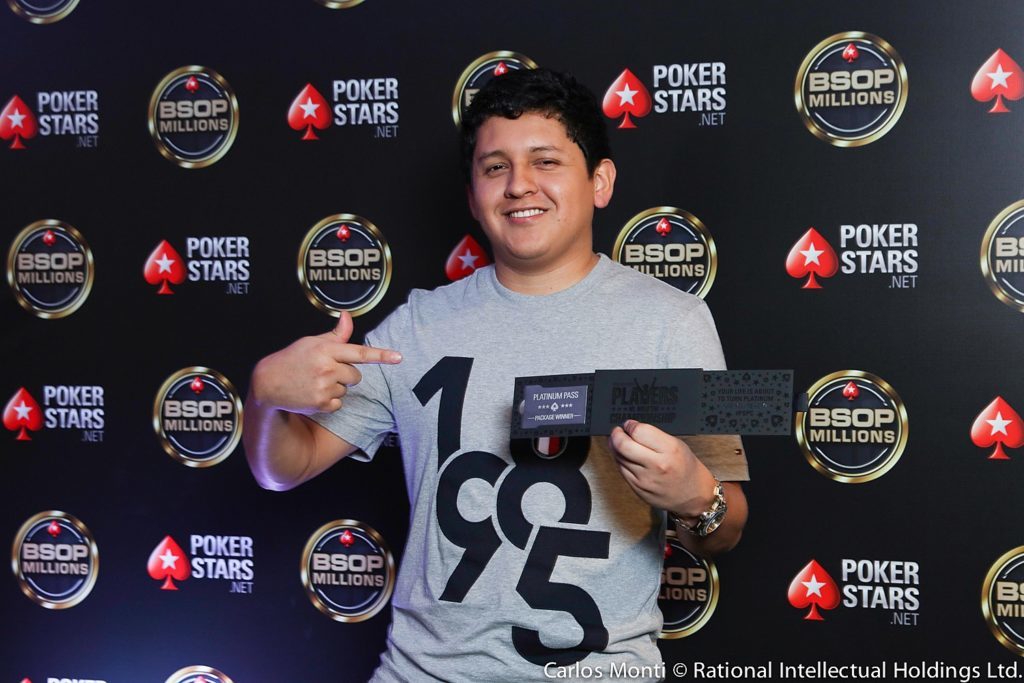 But it was the Peruvian who took the ultimate prize of $132,570, in addition to the Platinum Pass.

With the Platinum Pass in hand, Sebastian Gaviño will be entitled to a buy-in for the PSPC 2020 (worth €22,500), six nights of accommodation for him and a guest at a five-star hotel, airport transfer, and limited expenses.

Sebastian was honored to receive his prize from the tournament’s host André Akkari and PokerStars Ambassador Chris Moneymaker. Now he will be able to take part in one of the biggest High Roller tournaments in the world and maybe face them both at the table.

Sebastian told PokerStars “I’m going to watch a lot of videos and keep studying so I can get ready for the challenge in Barcelona. It won’t be easy to face the best in the world, but after going through this huge field I feel more confident.”