To celebrate its extended partnership with the live-streaming platform, the online poker giant is running a contest to help it hand out Platinum Pass packages to two winners that can be used to enter the PokerStars Players No Limit Hold’em Championship (PSPC), scheduled to take place in Barcelona in August 2020.

Each Platinum Pass package includes entry into the 2020 PSPC event valued at €22,500, or approximately $25,000, hotel accommodation for two for six nights, airport transfers, and €1250 in expenses.

There are three criteria that participants must complete by December 21 for a chance to win a Platinum Pass in this new Twitch-related promotion. Those three criteria are:

Link their Twitch and PokerStars account
Watch PokerStars’ official Twitch channel for 24 hours
Stream themselves playing on PokerStars for at least 10 hours
The first step is quite easy. All players have to do is: 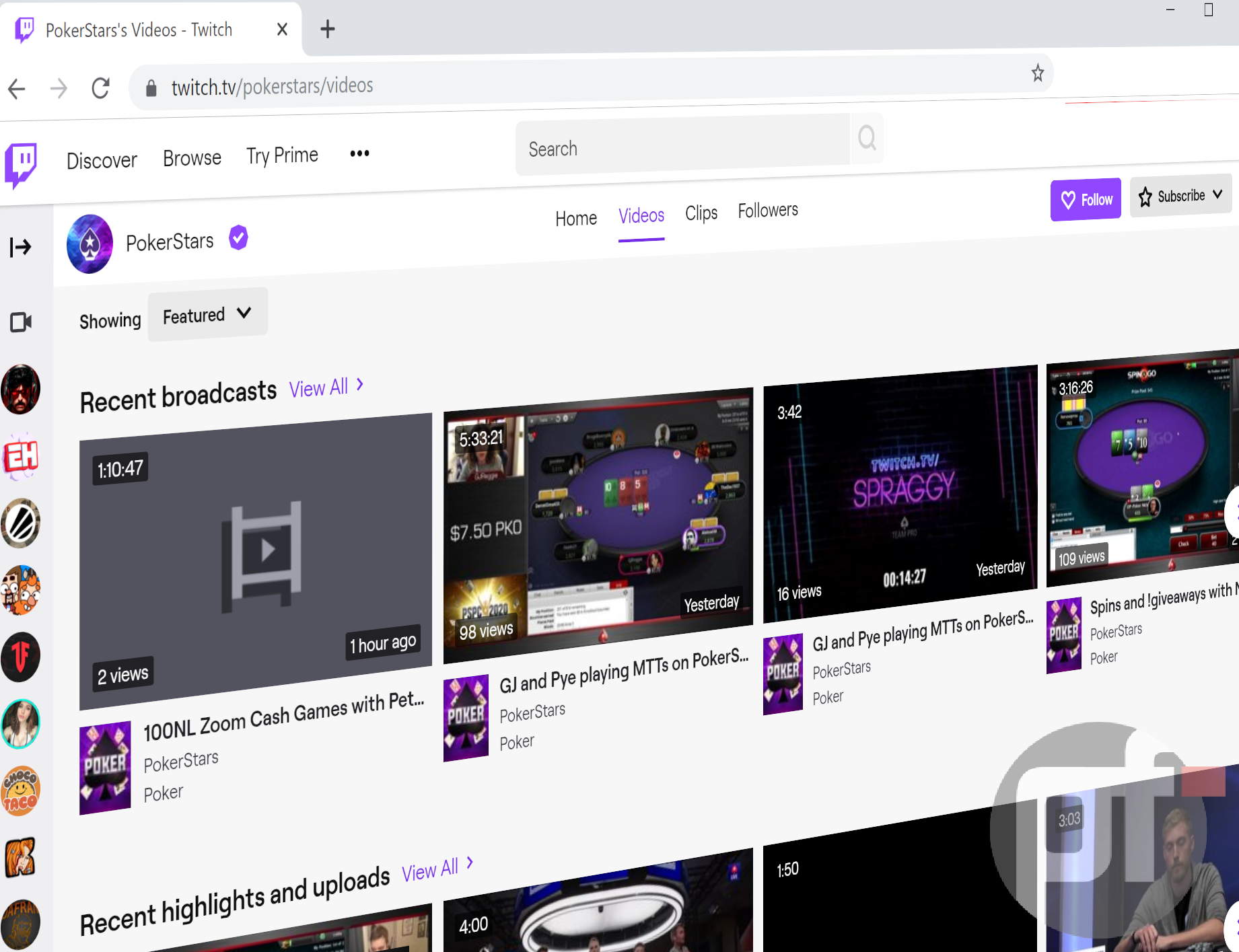 The remaining two criteria require players to spend some time on the Twitch platform, with one task requiring them to watch PokerStars’ official Twitch channel for a total of 24 hours. The other requirement is for PokerStars players to stream their gameplay on Twitch for at least 10 hours.

Once these three criteria are met, PokerStars Twitch ambassadors Georgina “GJ Reggie” James and Mason “PyeFace” Pye will pick one winner each that they liked the most based on three success factors: innovation, entertainment value, and quality of production.

The two winners will be announced on December 23. In addition to the Platinum Pass worth approximately $30,000, the winners of the contest will also take home a stream-ready PC and receive a $1000 bankroll deposited into their PokerStars account.

Although PokerStars/Twitch account linking is currently unavailable on the .PA and .NJ clients, the operator has found a temporary workaround for players residing there. They will be able to connect their accounts via the play-money client (PokerStars.NET) with the same user account credentials.

“Account linking between PokerStars.NJ and PA and Twitch accounts has been temporarily delayed and will be activated as soon as possible at a later date, along with the freerolls for those regions,” a PokerStars representative told pokerfuse.

“Users in NJ and PA are however able to connect their PokerStars.NET and Twitch accounts. They will also still be eligible for the Platinum Pass giveaway if they connect these accounts and complete the remaining giveaway criteria by December 21.”

This marks the first time that a Pennsylvania player will be able to win a Platinum Pass online to compete at PSPC 2020. PokerStars launched in Pennsylvania, last month.

In fact, all PokerStars users with access to real-money accounts will also be able to take advantage of this promotion. This includes players from France, India, Italy, Portugal, Spain, etc.

However, US players outside of New Jersey and Pennsylvania with no access to real-money accounts will not be eligible for this promotion.