Harrah’s New Orleans and Horseshoe Bossier City have each launched a Caesars Sportsbook as part of the company’s ongoing investment in Louisiana.

To mark this occasion, opening ceremonies were held at both properties. Harrah’s welcomed Leroy Mitchell Jr, aka “Whistle Monsta” – a so-called New Orleans Saints “superfan” – as well as Hall of Famer and former Saint Rickey Jackson. 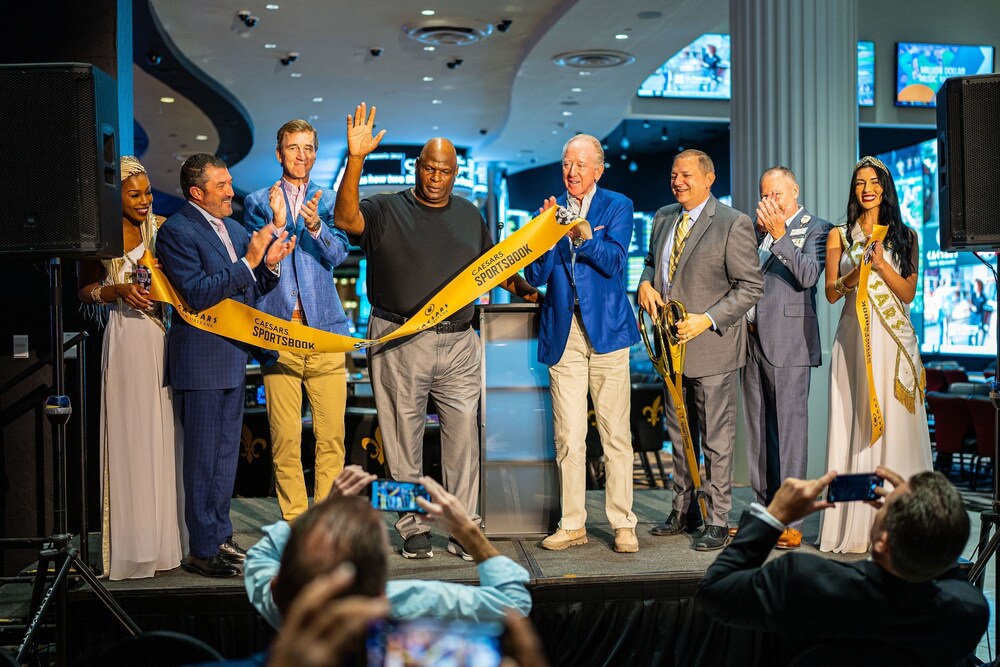 Fellow sporting icon Archie Manning, as well as his son and television personality Cooper Manning, were also in attendance to witness Jackson place the first bet: a $1,000 wager on the Saints to win the Super Bowl.

Meanwhile, in Bossier City, Mayor Tommy Chandler led a ribbon-cutting ceremony, after which a VIP placed a $200,000 inaugural bet.

“These incredible openings are a testament to Louisiana residents, our team members and the guests who visit these historic resorts,” said Eric Hession, President of Caesars Digital.

“We truly feel like we’re part of the home team in Louisiana, and we take pride in serving the great customers and sports fans in the state.”

This, alongside Harrah’s new sportsbook, is part of an ongoing $325m transformation that will see the resort become Caesars New Orleans, a process scheduled for completion by 2024.

Dan Real, Caesars’ Regional President – South, added: “The opening of our world-class Caesars Sportsbook locations and the new World Series of Poker Room add to the legacy that Harrah’s New Orleans and Horseshoe Bossier City have built in the Gulf Coast region.”