Malta.- October 28, 2022 www.zonadeazar.com 4ThePlayer is inviting players to go for gold and hit dazzling wins in their gargantuan new release 7 Gold GigaBlox™.
The super high-volatility slot boasts no fewer than 46,656 paylines and can see lucky players win up to 70,000x their stake by landing giant GigaBlox symbols, one of three randomly triggered bonus features, or climbing up the Gold 7 Ladder.

The slot follows in the footsteps of the super successful 90k Yeti GigaBlox with its in-reel features: Lights Reveal, Lights Shuffle and Giga Summon, all of which can occur at any given moment during base gameplay. 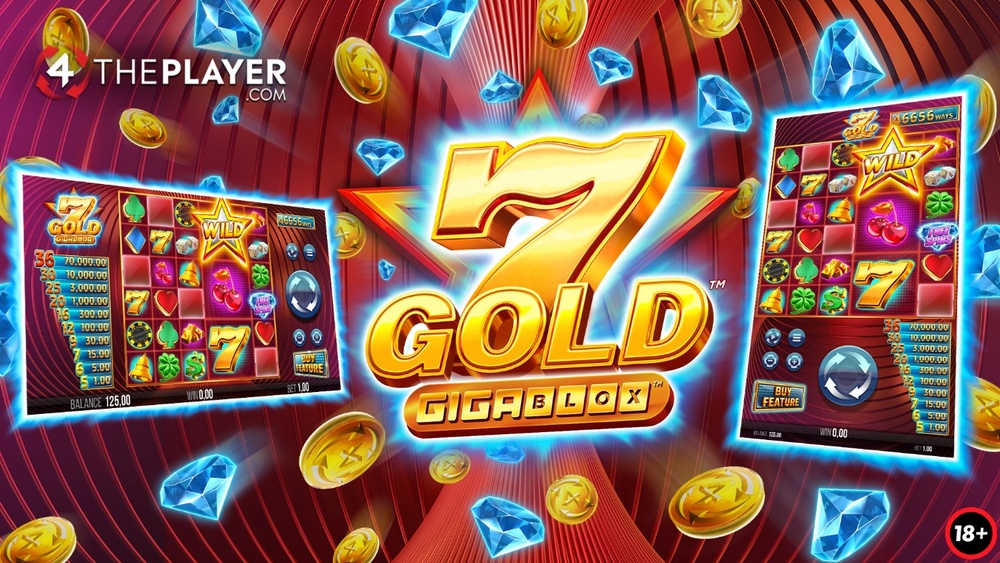 Stuart McCarthy, Head of Product & Programs at Yggdrasil, said: “We’re delighted to announce the release of 7 Gold GigaBlox alongside our friends at 4ThePlayer. This is a game we’ve been excited to launch, building of the success that we initially found in 90k Yeti GigaBlox.”

Henry McLean, Co-Founder – Commercial & Marketing Director at 4ThePlayer, said: “We are super excited for players to take 7 Gold GigaBlox for a spin! The game is inspired by some of the features we know players enjoyed from 90k Yeti with the addition of a powerful 7 Gold Ladder, where players can win gargantuan gold wins on any spin. With this game, we are really going for GOLD!”