Wolf Canyon is a Hold & Win title based deep in a ravine exposed to the elements, where Native Americans live in perfect harmony with magnificent wolves and other wildlife, and players have plenty of opportunities to discover lucrative rewards.

With a host of in-game features, including Free Spins, Expanding Wilds, a Lucky Dreamcatcher and the Hold & Win Respins, Wolf Canyon: Hold & Win™ offers an unparalleled level of excitement. 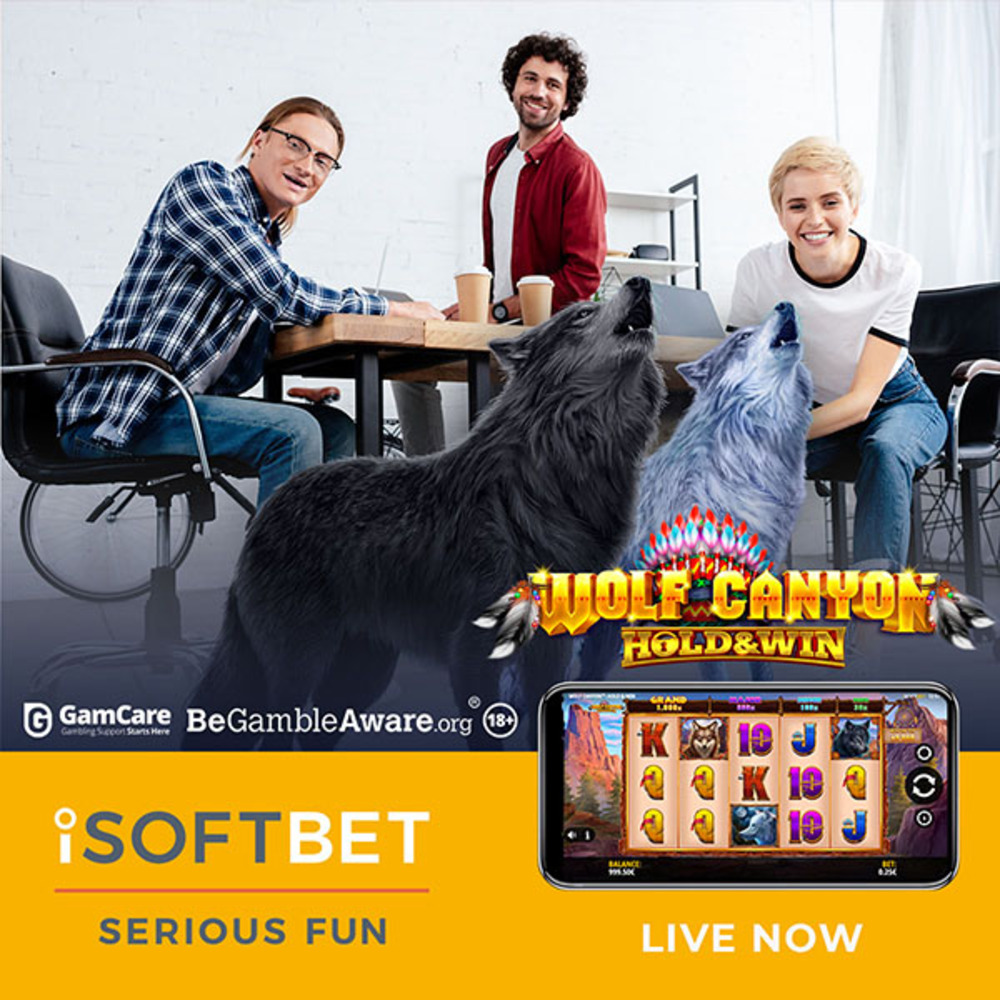 The Lucky Dreamcatcher on the side of the reels can trigger randomly on any base game spin, opening up to reveal an instant cash prize of 8x, 88x, 888x or a massive 8,888x the total bet.

The Native American Totem Wild is an important symbol, as it can also be stacked on the central reels to boost wins. Furthermore, a Pick-A-Wolf feature that can award Free Spins with up to 100 added wild symbols can be triggered by landing scatters on the first, third, and fifth reels.

A combination of five or more Cash Moon symbols will trigger Hold & Win Respins, awarding three initial spins which reset whenever a new Cash Moon lands, with all cash values in view collected once the respins run out – the Hold & Win Respins can also be won from the Pick-A-Wolf feature.

During the Hold & Win bonus round, players can land Mini, Minor and Major Moon Awards, while if you manage to fill the entire grid with cash moons, the Grand Award of 1,000 x Bet is triggered.

Mark Claxton, Head of Games at iSoftBet, said: “Our latest release, Wolf Canyon: Hold & Win™, delivers a rural experience built around the interaction between indigenous peoples and their surroundings.

“The vibrant theme pairs brilliantly with the soundtrack and unique features, and with Free Spins as well as a Hold & Win bonus round to multiply the excitement factor, players are in for a real treat!”