The action-packed title sees a top-performing game given the Quad Action treatment, meaning that four reel sets are in play on every spin, multiplying the excitement and payouts considerably.

Majestic Megaways Extreme 4™ features classic cascading symbols on every win, with all winning symbols exploding to allow more to drop in, as well as two random in-game modifiers in Max Megaways and Mystery Symbols. 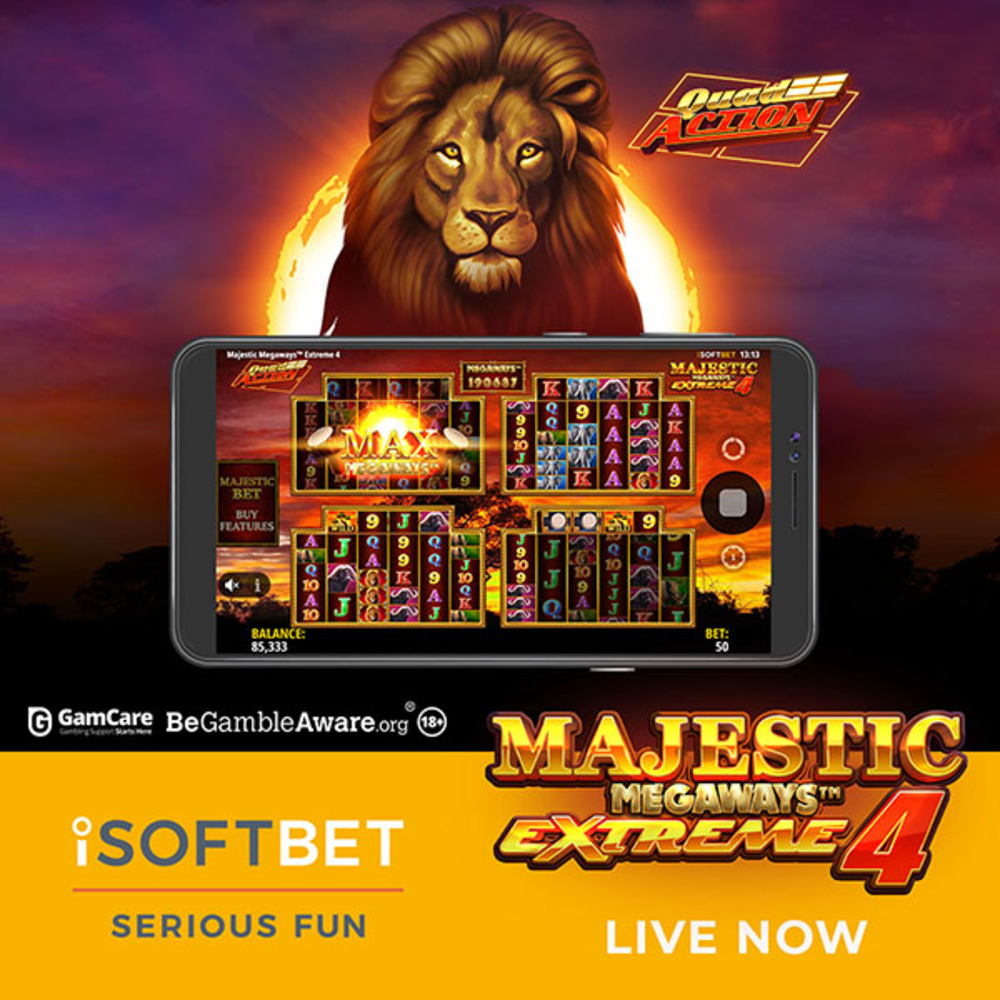 The all-new Extreme Spins start on one reel set, where players need to collect enough diamonds to unlock a new reel set, thus allowing the feature to continue on both sets together. The win multiplier also increases after every cascade on any open reel set, with the chance to open all four reel sets boosting the potential for some huge bonus wins.

Majestic Megaways Extreme 4™ becomes the latest Megaways™ title to be designed by iSoftBet, following in the footsteps of recently released Musketeer Megaways™ and Merlin’s Revenge Megaways™ as the provider continues to carve out a reputation for creating slots that envisage the brand’s personality.

Mark Claxton, Head of Games at iSoftBet, said: “By taking one of our proven top-performers and elevating it with not one, but two engaging mechanics, Majestic Megaways Extreme 4™ has every chance to become a real staple of our collection.

“With a Bonus Wheel inspired Free Spins round as well as the lucrative Quad Action mode to ramp up the excitement, players are in for a real treat, and we expect their feedback to reflect this.”