Malta.- November 02, 2022 www.zonadeazar.com In less than three years, Pragmatic Play’s Latin America HUB has established its position as the strongest commercial supplier in the region.

In a widely successful effort to extend the reach of its leadership, the provider is now the only one in the region to offer a truly differentiated level of service.

Headed by its Vice President of Operations, Victor Arias, and under the premise of bringing localization to its maximum expression, a strong commercial team was formed in the first phase, which seeks to provide exclusive service to commercial partners in the leading markets in Latin America.

Getting to know its sales team

Its sales team includes four renowned experts leading the fastest growing markets, who are mainly responsible for strengthening relationships with business partners and future consumers of the product portfolio.

In these dynamic markets, Pragmatic Play’s positioning strategy based on its fundamental corporate values, such as localization, formality, reliability and commitment, as well as the figure of its Country Managers, are a major source of admiration for the industry as a whole. 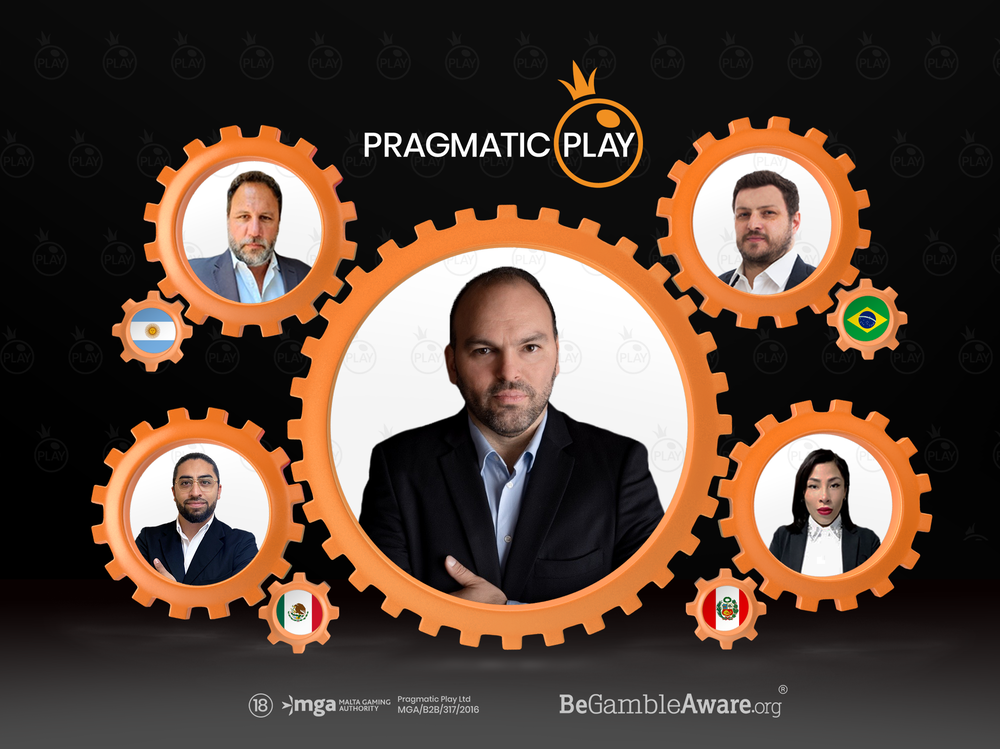 They say that image is everything and Pragmatic Play has understood this very well, managing to communicate its main principles in every step it takes and leaving a footprint marked through its Country Directors: Celeste, Javier, Marco and Enrique.

By constantly analyzing the needs and requirements to offer a first class user experience, the Country Managers are essential to carry out a thorough customization, working as true gears that drive the movement of a complex commercial engine while transmitting the detailed knowledge of the complete portfolio of products offered by Pragmatic Play.

Speaking of Brazil means taking into account its size and the number of followers who enjoy online entertainment, most of whom are characterized by being superstitious and passionate about entertainment in all its forms. These aspects have been essential for the provider’s Live Casino and skill games options to conquer a huge number of local fans in a short time.

Combined with the still relatively immature entertainment market, the country clearly emerged as a target market for the provider, becoming the first with a Country Manager.

A local executive with a high degree of commitment, immersed in the reality of the country and closely following the ongoing regulatory processes was essential to make Pragmatic Play one of the most active suppliers, so Marco was appointed, who has witnessed and played a leading role in the company’s growth in Brazil, ensuring that the market is enjoying a strong upward trend.

The second major challenge was Argentina, a country in which Pragmatic Play has a large-scale project. Its diversity and enormous potential have made it an excellent opportunity for business development.

Precisely for this reason, the supplier appointed Javier as Country Manager in Argentina, a professional with a great experience in the world of betting and knowledgeable of each and every aspect that shapes the complex structure of the entertainment industry in his country.

Since he joined the company, he has seen the sector’s activity in the City and Province of Buenos Aires, Mendoza, Córdoba and Entre Ríos become regulated, being fundamental for Pragmatic Play’s expansion in the country, which has positioned its RNG and Live Casino verticals as the leading ones in the Argentinean operators.

Peru is one of the countries that is attracting attention from all online gaming players and this is due to the fact that, in recent years, its evolution from the classic land-based casino to modern online betting options has been enhanced, which increasingly represent a safe and reliable alternative for its residents and to the recent approval of the law that regulates the industry in the territory, demonstrating an important advance that will make a great difference.

In view of this growing demand for entertainment, Pragmatic Play has appointed Celeste as its Country Manager, who has been in this position for a few months, and since then the provider has increased its presence in the market.

Kicking off a very encouraging period in Mexico, in which Pragmatic Play is already achieving very promising results, Enrique has been assigned to be the leading figure in this market, which is expanding rapidly.

The success of Pragmatic Play’s verticals in the country’s largest operators is the direct consequence of betting on excellence and providing a service that is appropriate to its multiculturalism, which is an undeniable result of the relevance of its director as a fundamental piece of the puzzle.

The provider’s Live Casino offer presents an increasing trend, becoming the vertical of excellence which conquered the demanding Mexican players, both with its classics as well as with its innovations.

In this way, counting with top-level professionals in the most demanding markets of the region, Pragmatic Play is closing a year of continuous growth and expansion that fulfills the expectations at a commercial level.

The planning and meticulous application of a strategy focused on detailed results in the expectation of a great 2023, a year in which Latin America will be able to experience innovation, an important investment in customer and commercial partner loyalty actions, and the strengthening of its leadership as the most important content provider in the region. For Pragmatic Play Latin America “The Sky is the Limit”.