The Mega Jackpot is the largest of Dream Drop’s five prizes with the other four being Rapid, Midi, Maxi and Major. Between the five categories, there have been more than 400,000 individual winners to date, including an impressive 17 Major jackpots and now two Mega Jackpots. 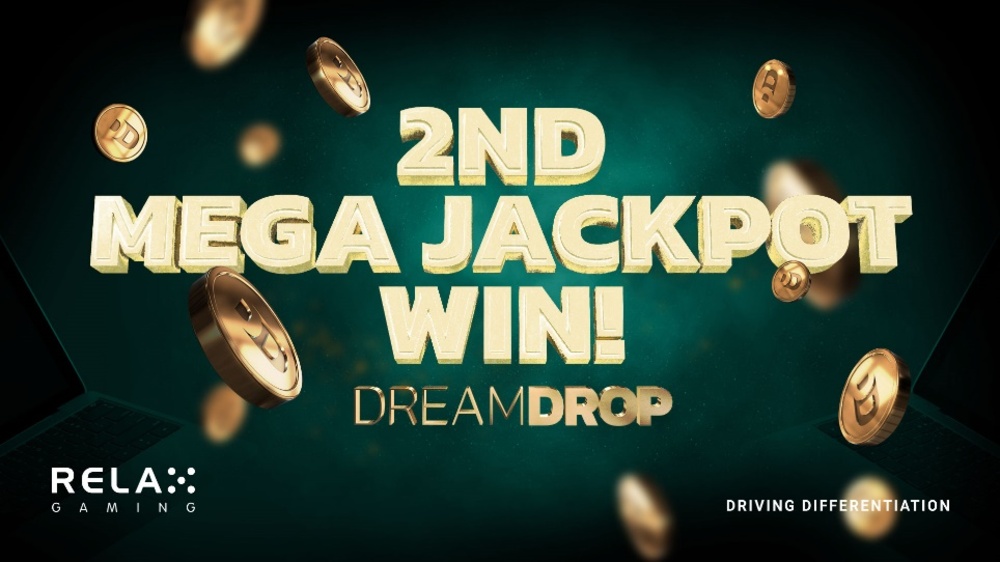 The largest must-win jackpot to date, the Dream Drop Jackpot was unveiled in late March with an impressive launch campaign, which has since seen thousands of players rack up the big wins playing what’s highly considered to be the hottest product of the year.

So far, Dream Drop has been added to Relax Gaming’s Temple Tumble 2 and Snake Arena and will also feature in a wide range of leading titles from the company’s award-winning catalogue by the end of 2023.

Simon Hammon, CEO of Relax Gaming said: “It’s fantastic to see that Dream Drop continues to make igaming more exciting for players, just as we hoped it would when we designed the product.

“We have simply taken the feeling of excitement and anticipation that players look for in our products to a new level with the inclusion of Dream Drop. 400,000 jackpot wins so far just goes to show how keen players are for this. We can’t wait to see how this impacts the continued uptake of our games that feature the jackpots.”

Kola Okoko, Head of Content at White Hat Gaming, said: “Dream Drop has been a refreshing and innovative addition to the jackpots landscape and we are delighted that this second Mega Jackpot win happened through White Hat Gaming.

“We look forward to seeing this product grow and make games more engaging for players.”

Established as one of the industry’s leading B2B suppliers, Relax Gaming was recently named the Best Mobile Gaming Software Provider at the prestigious EGR B2B Awards and the Best Game Provider at the AskGamblers Awards. On top of that, the company has consistently enjoyed myriad other industry awards and nominations this year.

In total, Relax Gaming provides more than 4,000 online casino games, from its high performing proprietary slots to a significant, varied library of content from hand-picked third-party studios via its partnership programmes.