USA.- September 21th 2022 www.zonadeazar.com The East Coast Gaming Conference (ECGC) may see plenty of action on Thursday 22 September – both inside and outside the conference hall.

If Casino Employees Against Smoking’s Effects (CEASE) is to be believed, the group intends to protest outside the ECGC on Thursday along the boardwalk at the Hard Rock Casino.

The ECGC recently cancelled a panel discussion on indoor smoking, prompting a response from CEASE – although the size of the planned protest is as of yet unknown.

Leading the protest will be Lamont White, Borgata dealer and CEASE co-leader, alongside Pete Nacarelli, also co-leader of CEASE and a dealer at Borgata. 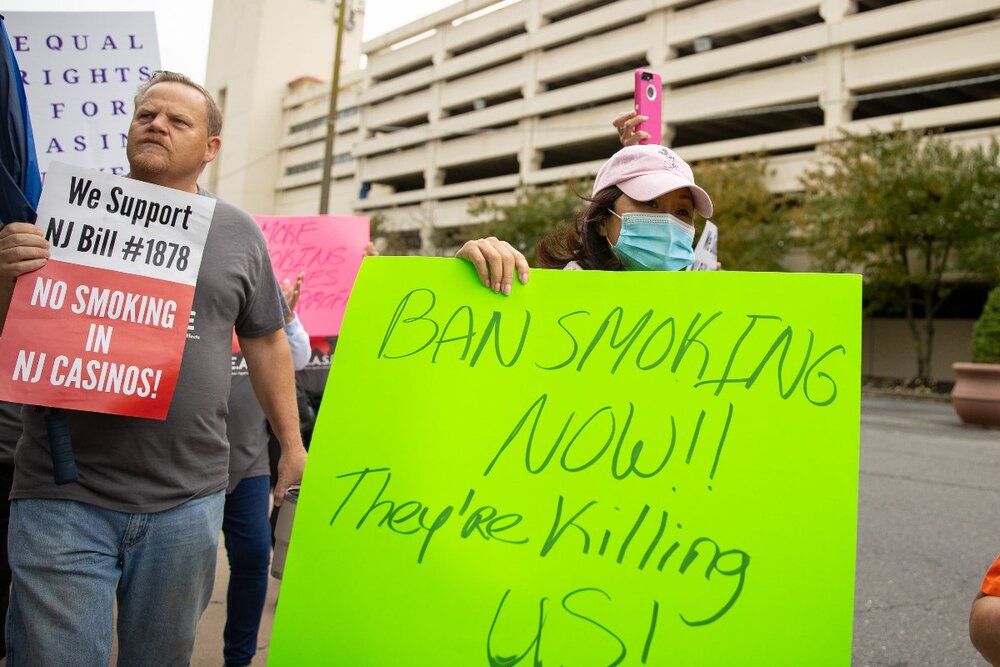 Cynthia Hallett of Americans for Nonsmokers’ Rights will join, too, alongside Patrick Ashton of United Auto Workers (which represents Atlantic City dealers.)

The agenda sets the time of the protest at 2:15pm Eastern Time, immediately following Governor Phil Murphy’s keynote address at the ECGC.

CEASE and Americans for Nonsmokers’ Rights have long campaigned for smoking to be outlawed in casinos, though there has been less of a push for this from New Jersey policymakers of late.

During the peaks of the Covid-19 pandemic, there was a greater receptiveness to limiting smoking inside US casinos, thereby preventing the transmission of the virus.

However, there appears to be enough tolerance from casino-goers – and a subsequent lack of impact on property revenues – for smoking bans to remain low on lawmakers’ priority lists right now.

It remains to be seen how the aforementioned protest will affect thinking on the topic should it indeed go ahead.