USA.- July 19, 2022 www.zonadeazar.com Hard Rock International has confirmed the launch date for its rebranded Mirage Hotel & Casino will be 2025. MGM Resorts reached an agreement to sell the resort for $1.07bn in December and will close its doors to the public later this year.

Hard Rock is owned by the Seminole Tribe of Florida, which will become the first tribal operator on the Las Vegas Strip come 2025. The Seminole Tribe reached this deal with Mirage Resorts last year. The tribe will construct the newly-named ‘Hard Rock Las Vegas’ in the company’s iconic guitar-shaped structure. 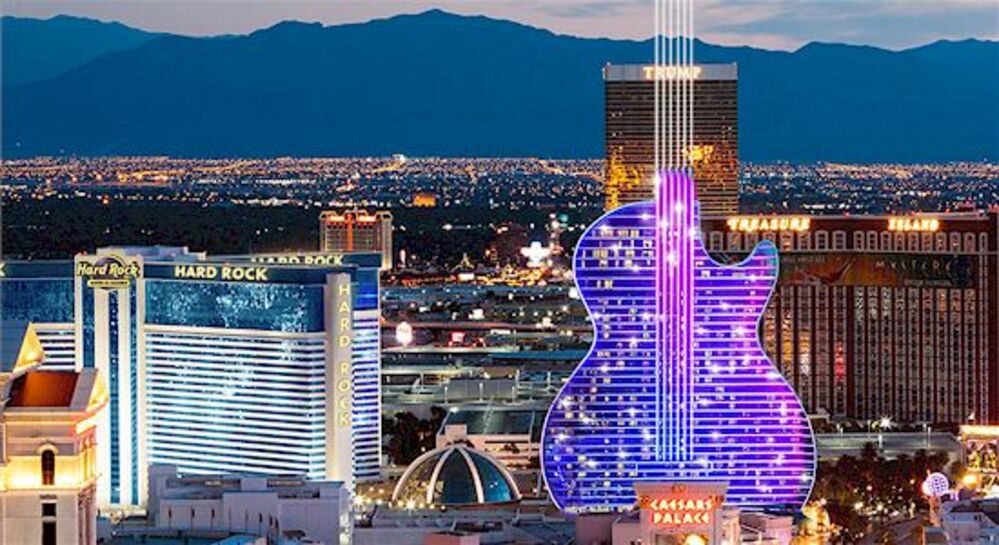 Hard Rock Chairman Jim Allen says: “We are honored to welcome The Mirage’s 3,500 team members to the Hard Rock family.”

This 2025 projection for the opening was given in an official press release this week, which also outlined plans to open a new casino hotel in Athens.

The company did have a brick-and-mortar presence in Las Vegas previously – until early 2020 – with its Hard Rock Hotel. However, Hard Rock did not own or manage the hotel and it has since been rebranded as Virgin Hotels Las Vegas, now operated by Mohegan Sun.

Allen added: “When complete, Hard Rock Las Vegas will be a fully integrated resort welcoming meetings, groups, tourists and casino guests from around the world to its nearly 80-acre center-strip location.”

Hard Rock’s press release shows its global, as well as domestic, ambitions. It will team up with the GEK Terna Group, a Greek conglomerate, to construct and operate an integrated resort and casino in Athens. This casino is set to open in 2026.