BetConstruct leads the way with seven nominations, Betsson Group follows with six, while Sportradar, SoftSwiss, GoldenRace and Codere also feature on the shortlists with five nominations each.

The winners of all 26 categories will be selected by independent judging panels and will receive a trophy recognising their outstanding performance n front of 400 industry guests.

Mexican sports journalist Inés Sainz will be the celebrity host of the ceremony celebrating the best in Latin America’s sports betting and igaming industry. 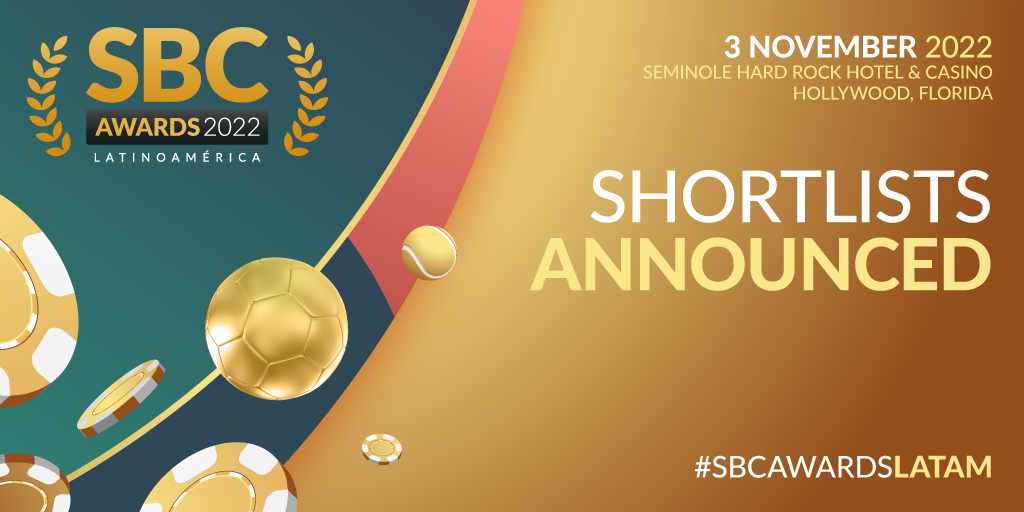 Unlike last year’s inaugural Awards ceremony, where there was no differentiation between sports and casino affiliates, there will be two affiliate prizes up for grabs. KaFe Rocks made the shortlists for both Casino Affiliate and Sports/Media Affiliate of the Year trophies. Last year’s affiliate winners Oddspedia are also in the running for the Sports Affiliate/Media of the Year trophy.

Eight companies, including CentralAMS, GeoComply, GLI, IDnow, Jumio, Pretty Technical, TruNarrative and Veriff will battle it out for the Compliance Partner/Supplier of the Year title.

The Payment Solution & Innovation of the Year winner will also be decided with AstroPay, Monnet, Nuvei, Pay4Fun and WorldPay from FIS going against last year’s winner Paysafe Group.

SoftSwiss might be going home with two rising star supplier awards as the company is competing for the title in both Rising Star in Casino and Rising Star in Sports Betting categories.

On the operator side, five operators, EstrelaBet, Games and Betting – Yajuego, GreenRun, Megapari and Ultracasino will battle it out for the trophy.

With the Marketing Campaign of the Year award, Codere is nominated for not one but two of their campaigns — ‘La freebet más grande de la historia’ and ‘La próxima gran jugada es la tuya.’

To view the shortlists for all of the awards, please click here.

For information about booking tables or sponsorship opportunities at the SBC Awards Latinoamérica 2022, please contact sales@sbcgaming.com or book your ticket/table directly.