USA.- June 22nd 2022 www.zonadeazar.com FinancialNewsMedia.com News Commentary – Everyone seems to be worried about the impending recession, except the gaming industry. With inflation reaching multidecade highs, energy prices skyrocketing, and Q1 gross domestic product (GDP) in the US contracting 1.4%, many say a recession is inevitable. During times of economic uncertainty, it’s important to consider companies that will hold up during a recessionary period. 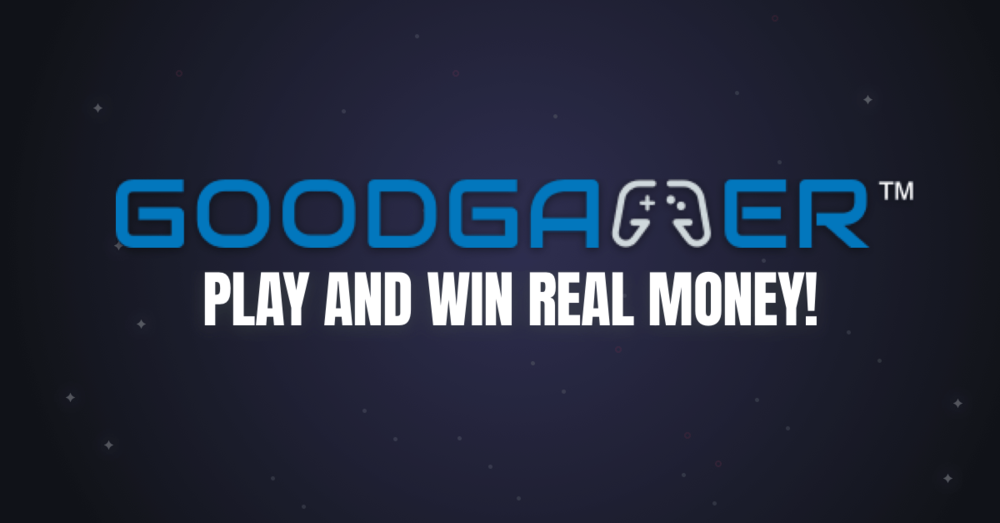 The Good Gamer Playcash platform is the ultimate loyalty rewards program for playing mobile games.  The platform rewards players for downloading and playing games, as well as filling out surveys and watching rewarded video ads. Users can then cash out their playcash for gift cards from the largest online retailer and prepaid charge cards from the two most popular credit card companies. The Playcash platform offers users hundreds of free-to-play, and play-to-earn mobile games covering all genres including arcade, puzzle, social casino and hyper casual games.

“We are very excited to announce the launch of our Playcash play-to-earn game discovery platform to serve the fast-growing audience of casual gamers looking to earn real money just for playing games and filling out surveys,” said Good Gamer CEO Charlo Barbosa. “Hyper-casual games made up over 50% of total mobile game downloads in 2021. We feel that this app will be the ultimate loyalty program for mobile gamers by incentivizing users with real-cash rewards for their time played, thus increasing the lifetime value and loyalty for our games and our partners.”

“With the inflation rate constantly increasing, more people will be looking at other means to entertain themselves and supplement their income.  It is really a recession proof product, and unlike other play-to-earn blockchain games, it’s supplemented by advertising revenue, not tokens,” he added.

The launch of Playcash will give Good Gamer the opportunity to grow its userbase at a much lower cost per install than its competitors since the Playcash will act as the game launcher to cross-promote its growing library of in-house hyper casual and tournament games.

Developments in Companies Supporting the App and Game Economy

Previously in closed beta, the product enables app marketers to automate and streamline campaign creation, keyword management and discovery, and data analysis, as well as provide automated optimization for Apple Search Ads – all from the same platform where they run campaigns on other channels. ironSource has invested heavily in supporting app developers within the Apple ecosystem.

It has become the first platform to support custom product pages, allowing developers to create multiple targeted versions of an App Store product page. Earlier this year, ironSource closed the acquisition of mobile marketing and monetization company Tapjoy. The acquisition continues to strengthen ironSource‘s offering for app developers, with industry-leading tools to support the app and game economy, and a robust advertiser market.

On June 8, Loyalty Ventures Inc. (NASDAQ:LYLT), a leading provider of data-driven consumer loyalty technology solutions, provided an update on developments to its AIR MILES Reward Program. The company disclosed that its segment of the AIR MILES Reward Program and AIR MILES sponsor Sobeys were unable to match extension terms; therefore, Sobeys has notified its intent to exit the program region by region, beginning with Atlantic Canada, between August and the first quarter of 2023.

Management is confident in AIR MILES’ ability to convert this development into a growth opportunity in the medium term. The company anticipates that the primary impact of this development in 2022 will be on the number of AIR MILES reward miles issued, as Sobeys represented approximately 10% of Loyalty Ventures’ adjusted EBITDA in 2021.

On June 13, Enthusiast Gaming Holdings (TSX:EGLX) (NASDAQ:EGLX), an integrated gaming entertainment company, announced its director nominees for election to its board of directors at Enthusiast Gaming‘s upcoming annual general meeting.

Each candidate is specifically selected to help facilitate the company’s continued growth and oversee the continued successful execution of its business plan that produces meaningful results. There are six incumbent director nominees and three new director nominees. Candidates for titular directors include John Albright, Michael Beckerman, Ben Colabrese, Alan Friedman, Adrian Montgomery, and Richard Sherman. After serving as director of the company for four years, Francesco Aquilini will not stand for re-election.

King, a leading interactive entertainment company for the mobile gaming world that was acquired by Activision Blizzard (NASDAQ: ATVI) in 2016, announced on June 13 that it has acquired artificial intelligence software company Peltarion. Peltarion is a Swedish artificial intelligence (AI) software company and developer of a no-code machine learning operations platform that allows users to design, train and manage deep learning models in the Cloud at scale and quickly.

King’s acquisition of Peltarion will accelerate the current use of artificial intelligence and machine learning technology in King’s gaming platform, a key area of the company’s ongoing strategic direction. With this investment, King aims to continue to develop leading AI and machine learning capabilities and teams, enabling a new generation of innovative game design, development, and live operations capabilities and becoming a hub for the world’s top gaming AI talent.

DISCLAIMER:  FN Media Group LLC (FNM), which owns and operates Financialnewsmedia.com and MarketNewsUpdates.com, is a third- party publisher and news dissemination service provider, which disseminates electronic information through multiple online media channels.  FNM is NOT affiliated in any manner with any company mentioned herein.  FNM and its affiliated companies are a news dissemination solutions provider and are NOT a registered broker/dealer/analyst/adviser, holds no investment licenses and may NOT sell, offer to sell or offer to buy any security.  FNM’s market updates, news alerts and corporate profiles are NOT a solicitation or recommendation to buy, sell or hold securities.  The material in this release is intended to be strictly informational and is NEVER to be construed or interpreted as research material.  All readers are strongly urged to perform research and due diligence on their own and consult a licensed financial professional before considering any level of investing in stocks.  All material included herein is republished content and details which were previously disseminated by the companies mentioned in this release.  FNM is not liable for any investment decisions by its readers or subscribers.  Investors are cautioned that they may lose all or a portion of their investment when investing in stocks.  For current services performed FNM was compensated twenty five hundred dollars for news coverage of current press release issued by Good Gamer Entertainment Inc. by a non-affiliated third party.